We Can Do More

The following information is not meant to diagnose or treat and should not take the place of personal consultation, as appropriate, with a qualified healthcare professional. Autism, or Autism Spectrum Disorder, refers to a range of conditions characterized by challenges with social skills, repetitive behaviors, speech, and nonverbal communication, as well as by unique strengths and differences. Many people with autism also have sensory issues. These can include aversions to certain sights, sounds and other sensations. We now know that there is not one autism but many types, caused by different combinations of genetic and environmental influences.

The term "Spectrum" reflects the wide variation in challenges and strengths possessed by each person with autism. Autism's most-obvious signs tend to appear between 2 and 3 years of age. In some cases, it can be diagnosed as early as 18 months. Some developmental delays associated with autism can be identified and addressed even earlier. Autism Speaks urges parents with concerns to seek evaluation without delay, as early intervention can improve outcomes.

The fundamental symptoms of autism are two: 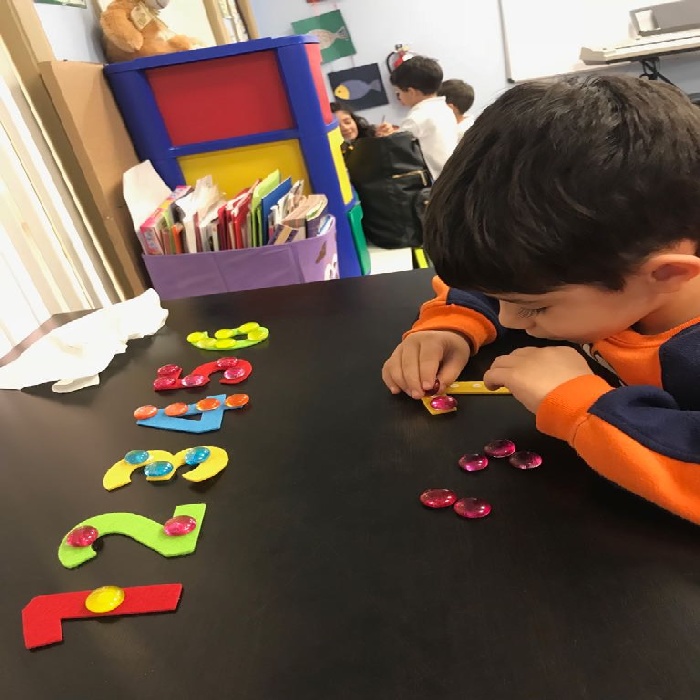 Children with autism have trouble communicating. They have trouble understanding what other people think and feel. This makes it very hard for them to express themselves either with words or through gestures, facial expressions, and touch. A child with ASD who is very sensitive may be greatly troubled -- sometimes even pained -- by sounds, touches, smells, or sights that seem normal to others.

Children who are autistic may have repetitive, stereotyped body movements such as rocking, pacing, or hand flapping. They may have unusual responses to people, attachments to objects, resistance to change in their routines, or aggressive or self-injurious behavior. At times they may seem not to notice people, objects, or activities in their surroundings. Some children with autism may also develop seizures. And in some cases, those seizures may not occur until adolescence.

How is ASD diagnosed?

ASD symptoms can vary greatly from person to person depending on the severity of the disorder. Symptoms may even go unrecognized for young children who have mild ASD or less debilitating handicaps.

Autism Spectrum Disorder is diagnosed by clinicians based on symptoms, signs, and testing according to the Diagnostic and Statistical Manual of Mental Disorders-V, a guide created by the American Psychiatric Association used to diagnose mental disorders. Children should be screened for developmental delays during periodic checkups and specifically for autism at 18- and 24-month well-child visits.

Very early indicators that require evaluation by an expert include:

If screening instruments indicate the possibility of ASD, a more comprehensive evaluation is usually indicated. A comprehensive evaluation requires a multidisciplinary team, including a psychologist, neurologist, psychiatrist, speech therapist, and other professionals who diagnose and treat children with ASD. The team members will conduct a thorough neurological assessment and in-depth cognitive and language testing. Because hearing problems can cause behaviors that could be mistaken for ASD, children with delayed speech development should also have their hearing tested.

Some Facts About Autism